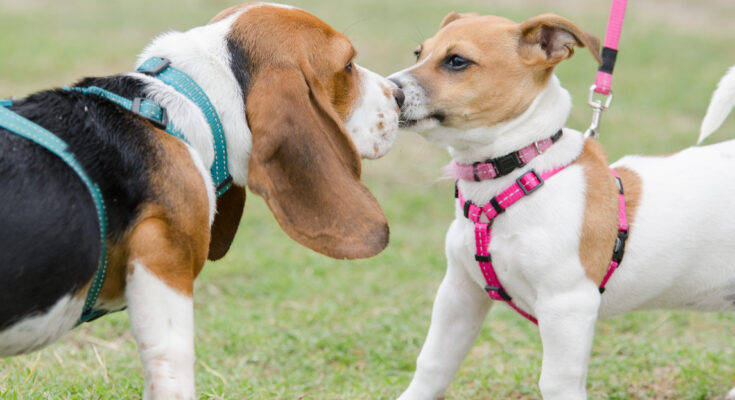 Rachel and her 10-month old Corgi, Guster, took advantage of the early spring day to stretch their legs. Guster was recovering from an emergency, abdominal surgery to remove a sewing needle that he had ingested while visiting a relative’s house the week prior. The surgery was frightening, and the recovery was long and frustrating. Rachel had watched as Guster, groggy from the anesthesia and pain meds, refused to eat and had trouble settling for even the briefest time. It was a rough couple of days.

Although the staples were still in, Guster was starting to feel better and on the road to recovery. The sudden spring-like weather gave them both an opportunity to move beyond the stress of the past few days and go do something they both would enjoy.

Rachel selected a walk in the local park that she and Guster regularly frequented. Even on lovely days, the park, which offered an easy walk along flat terrain, was relatively quiet with limited traffic. Rachel thought it would be the perfect place to take the just-recovering Guster for a stroll. Rachel and Guster started out early Sunday morning. As they entered the park, Rachel and Guster ambled along and Guster took in all the scents

About 20 minutes into their walk, Rachel heard scuffling sounds from a distance behind her. She turned to see a man bend down and take his Goldendoodle off-leash. He then pointed to Guster saying, “Go play!” As the unfamiliar dog charged down the path toward them, Rachel scooped up Guster into her arms and called, “please, get your dog!” The man, who remained where he stood, called back, “It’s ok, he LOVES Corgis!” Once Guster was safely in Rachel’s arms, the Doodle lost interest and moved off. The man was finally able to retrieve his dog after several unsuccessful attempts and he expressed his displeasure to Rachel. “He just wanted to play, what’s wrong with that?”

Perhaps this scenario is familiar to you. Maybe you have been on Rachel’s side of the story fending off an unwanted dog greeting. Perhaps, you were the owner who thought it would be nice for the dogs to play and were confused when the other owner and dog refused.

After all, dogs should be social right?
Don’t all dogs want to play?

The answer to these questions about all dogs being social and wanting to play is that sociability doesn’t equate to being open to every opportunity for greeting. Imagine walking down a busy, city street and stopping to say ‘Hi’ and to introduce yourself to random strangers. Dogs can be social but still be uninterested in playing at certain times. Some may be engaging in a higher value activity with their owners and not welcome the intrusion. What the question about sociability is really asking is, “Shouldn’t your dog have to put up with anything a stranger or a strange dog wants to do to him?”
The answer is no.

A recent trip to San Francisco highlighted this for me. San Francisco is routinely identified as one of the top five most dog-friendly cities in the US. As my husband and I explored the city, we saw dogs everywhere. All of the dogs we saw, and we saw many, were calmly walking near their owners. Not one of them was pulling, and all were ignoring the other dogs and people. Some of the dogs were even off-leash with their owners on the busy city streets.

While none of these dogs seemed in the least interested in people/ dogs/distractions, I would not have defined any of them as ‘not social’. What also stood out was that the people were not focused on the dogs. They didn’t stop to oooh and ahhhh over them. They didn’t make silly noises to get their attention and they didn’t try to pet them. They also attended to their own dogs not allowing them to greet the others. This is similar to what dog lovers report also occurs in Europe.

What is really going on here? The secret is that these dogs have been very well-socialized and taken everywhere from a young age. Their owners aren’t attempting to ‘get their dogs socialized’ at the expense of other owners and dogs. They have spent time desensitizing their dogs to the presence of other dogs and people at an early age Socialization doesn’t mean bombarding the dog with tons of attention by dogs and people. Socialization means exposing the dog (puppies actually, from the age of 3 to 12 weeks) to a variety of safe, novel experiences so that the dog learns such things are no big deal. There will be nothing of value for him in such interactions or distractions and staying with his owner is far more rewarding (or should be).
The public helps facilitate this by not engaging or encouraging bad manners (i.e., jumping and pulling). They recognize that this only makes the handlers job more difficult. They exhibit self-control by not running up to all the dogs like a tourist from the island of ‘WE AREN’T ALLOWED TO HAVE DOGS WHERE I COME FROM’. As a result, the dogs aren’t over-aroused, and don’t feel the need to investigate everyone and everything because chances are, they’ve already been exposed to that enticing thing and it was no big deal. The benefit of this is a dog who has more freedom and is a joy to take places.

Dogs in the U.S. rarely get enough of this type of appropriate socialization. Most dogs are rarely taken out by their owners who instead either resort to the yard or a quick walk. When the dogs are finally brought out in public, the expectations are high and often very unrealistic. People expect dogs to act trained even when they aren’t and to be calm around things and places that they have never even seen before. That results in a dog that is over-stimulated and difficult to control. Couple that with a disregard for others needs and there is bound to be trouble.

There are a myriad of reasons why dogs shouldn’t be allowed to approach other dogs, either on leash or otherwise (excluding dog parks of course). Some reasons may be physical in nature, as was the case with Guster, or general health-related (e.g., ill with something contagious). Some can be out of necessity as it is with working or service dogs. These reasons can also be emotional, related to fear or trauma. Some dogs are frightened and feel vulnerable when they are on a leash and their personal space is invaded.

Personally speaking, my dog is deaf and getting accosted by another dog when she isn’t expecting it can be frightening. She is my teaching partner and I have worked hard to ensure that she always feels safe so that she can work to the best of her ability. That can all be taken away with one sloppy and traumatic, ill-thought-out approach.

Social norms exist to help us to live harmoniously within a society. We don’t make direct eye contact with strangers when we walk onto an elevator. (Frankly, that gives me the creeps just thinking about!) Subtle rules keep things running smoothly. Would you instruct your young child to go up and climb into the lap of an unknown elderly person sitting on a park bench and then say, “she just loves her grandma/ grandpa!” Would you run up and kiss strangers only to couch it with, oh, “its ok, I’m just friendly!” We recognize and accept social etiquette for people, but not always for dogs.

To help dogs live harmoniously within our society, consider the following facts:
Fact: Not all dogs like all other dogs, and frankly, they don’t have too. It doesn’t mean that they are bad, under-socialized, or mean.
Fact: Some dogs are afraid of other dogs, maybe as the result of a previous negative experience or traumatic incident.
Fact: Being approached while on lead makes dogs feel vulnerable because they are unable to move away.

So, what should you do if after all that I’ve told you, you are still thinking about approaching another dog?

ASK first! Please ask if it is ok to approach. Don’t assume that it will be.
CHECK second! Has the other dog expressed a desire to meet your dog? Does the dog look like he is interested in playing? If he is looking away, avoiding eye contact, then no. Are both the human and dog aware of your approach and prepared?
LOOK third! Do either the dog or the handler have physical limitations, either obvious or ones you can’t see?

Lastly, respect the answer. Please stop being offended at being told ‘no’. Last year a video went viral about a woman whose child was denied the opportunity to pet a service dog. Apparently, when asked, the handler of the service dog (who by the way was wearing a ‘please don’t pet me’ vest) said, “No, please don’t pet my working dog, he needs to focus on me”.  The woman was so angry at being refused; she called the police. Making someone feel bad for saying no, or retaliating in any way, is not appropriate. We can’t always have everything we want. Be gracious, smile and walk away.

I hope you get to go on lots of walks in the coming months and that you get to enjoy spending quality time with the best dog in the world. I also hope your experiences with other dogs and their owners are always polite and safe. Let’s all pretend we live in San Francisco! 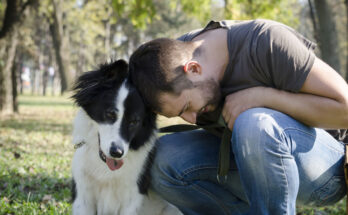 Animal Communication – What Do They Want Us To Know? 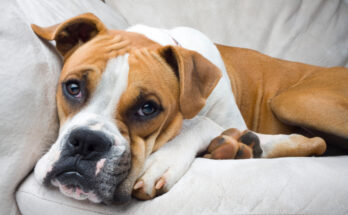 Is My Dog In Pain? 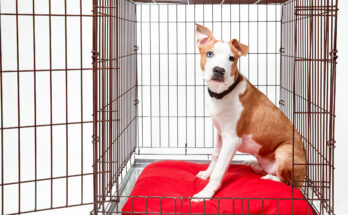 A Home Away From Home – Crate Training Basics 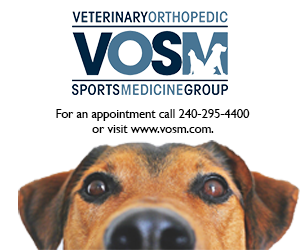